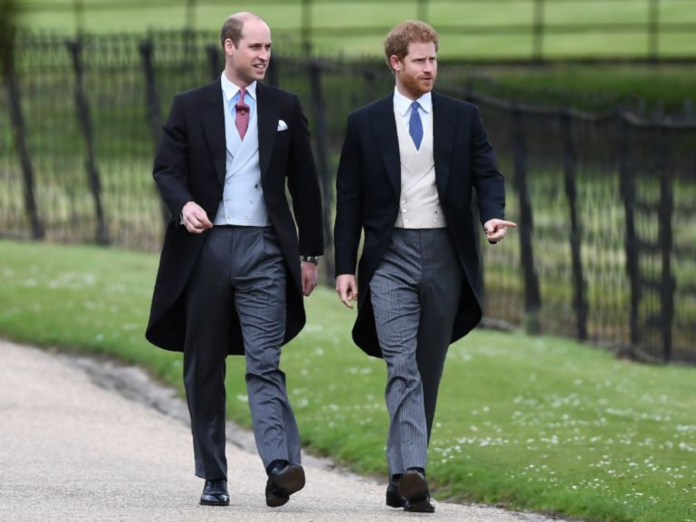 The relationship between Prince Harry Meghan Markle and the rest of the royals, it seems like it’s one step forward, two steps back. Royal biographer Omid ScobieRecenty, Prince William over leaks about the brothers’ still-rocky relationship.

William’s 40th birthday meant more celebrations for the royal family, and part of the festivities was a Daily MailProfile of the heir to throne “Splashed over several pages, it promised to reveal the ‘true story’ of a king in the making, thanks to generous contributions from those closest to William,” Scobie wrote an opinion piece about the situation.

“Sharing intimate details about or speaking on behalf of a royal as senior as William usually only happens after express permission has been given,”He explained. “My experience with the Duke of Cambridge is that his tight circle of friends will only talk after a nod from the man himself. In the past, those who haven’t received such authorisation have found themselves in deep trouble.”

While Scobie said he was expecting quotes about William’s plans for when he takes the throne and his ongoing eco-friendly projects, the article was actually about his relationship with Harry.

“Instead of hearing more about the Duke’s ambitious environmental plans, we were told in detail by close sources that William feels Prince Harry ‘has 100 per cent crossed that line’ by speaking publicly about his struggles within the family,” Scobie continued. “Rather than share how William is preparing for his role as Prince of Wales and taking over the Duchy of Cornwall, we heard from William’s nearest and dearest about how his brother has been ‘sucked into an alien world [in California]… and there’s f*** all [William] can do about it.’”

Scobie acknowledged that William and Harry still have tensions, but he said that his friends don’t make him appear angry by his younger brother. “allergic to drama.”

“From a PR perspective, Prince William’s birthday milestone was the perfect chance to paint the picture of a man focused on preparing for the big job,” Scobie explained. “After all, he has been genuinely putting the work in. But instead, readers were presented with the hypocritical story of how awful it is for Harry to speak publicly about his experiences… told via Kensington Palace sources appearing to share the private and personal opinions of William to Britain’s most-read tabloid.”

Whether you’re on Harry or William’s side in the royal feud, Scobie is undeniably right. Many believe that William is petty and incapable of compromise by continuing to let stories about his anger and frustration with Harry come out. Many are puzzled as to why the prince continues to let family drama dominate headlines, even though he is closer to the throne.